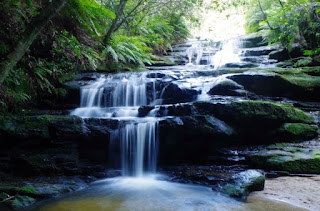 I'm five and a half months into what will probably be an eleven month trip, and just arrived in my fourth of probably six continents this trip, so I'm getting predictably nostalgic. It's hard to believe the wide range of things I've been lucky enough to do so far, from lifelong dreams to total surprises.

I have danced on beaches, helped write a cookbook, and played guitar. I have traveled in collectivos, micros, ferries, camper vans, ambulances, horse drawn carriages, taxis, coco taxis, classic car taxis, bici taxis, trains, truck beds, and good old fashioned buses. I have driven multiple vehicles on the left side of the road. I have gotten a filling replaced, spent the night in an ICU, and counseled diabetics. I have gotten my skirt caught in an escalator.

I have swum in an underwater cave, a regular cave, oceans, and the bases of waterfalls. I have walked, run, cycled, tubed, sailed, and scuba dived. I have cringed when I heard people say "America" when they meant "the US," and I have remained stumped as to the proper term for "American." I have planned months in advance, and I have reached so much decision fatigue that I didn't know what country I'd be in the next week. I have learned the value of travel insurance. 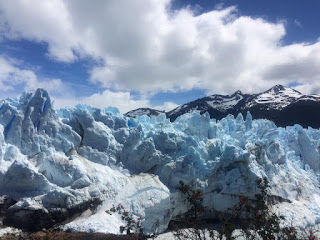 I have seen hammerhead sharks, glow in the dark worms, kangaroos with pouches full of joeys, a sloth, and way too many wild dogs. I have held a koala. I have toured Zapotec ruins, a rum distillery, the sites of an awesome microfinance organization, a new friend's hometown, and a giant glacier. I have hiked to numerous waterfalls, and gotten bored at Unesco world heritage sites. I have seen miles of salt desert, blocks of ice bigger than capital cities, bubbling lava, shooting stars, and lakes that are naturally red, pink, green, and turquoise. I have played hearts, gin, people-watching bingo, rumikub, life-sized pool with soccer balls, heads up, and hours of catchphrase. I have witnessed a friend (my teammate, no less!) roll five two's to "put them to sleep."

I have been mistaken for a local, and I have struggled to communicate with native English speakers. I have spent well over $100usd on postcards. I have settled into several temporary homes, and rushed through several one-night stays. I have cried at museums and at rainbows. I have cried about how lucky I am. I have finished 7 books, and started 8 others. I have become an evangelist for maps.me, Rome 2 Rio, and Traveling Mailbox, and I have denounced my evangelism for Airtreks. I have known the sweet relief of showering barefoot and of having a bedroom to myself.

I have taken people up on generous offers, taken advantage of distant connections, and let people take care of me. I have come to know the love of God in dramatic ways. I have visited and traveled with new friends I'd met only once, and forged real friendships with people who don't speak English. I have successfully patronized a pharmacy and taken cooking classes in another language. I have finally found an Apple Store. 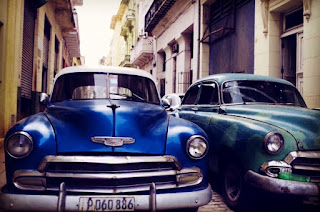 I have couchsurfed, workawayed, and wwoof'ed. I have seriously doubted the value of expensive English-speaking destinations. I have patronized the Vietnamese embassy in Argentina. I have illegally camped, illegally changed money, illegally streamed American football, and illegally visited Cuba, and I have had tweezers confiscated by airport security.

I have visited elevations above 16,000 feet, and I have tried to take up running. I have faced some fears, and felt totally ok about maintaining others. 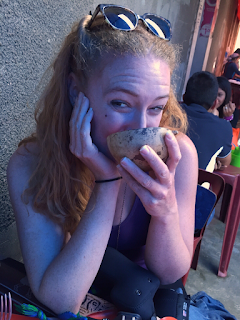 I have drunk cheecha, malbec, mezcal, coca tea, and way too much instant coffee. I have eaten pavlova, memelitas, dulce de leche, and even vegemite. Despite my vegetarianism, I have probably eaten worms, and I have definitely eaten some of the chicken that a new friend raised and slaughtered herself.

I have been greeted at the airport and phoned at the hospital by people I'd never met. I have had two rides to the airport blocked by protests. I have gotten what I hope is heat rash on 6 different parts of my body. I have led a professional development. I have walked urban streets with a plastic bag for a shoe. I have been present for four national holidays, and an election. I have danced in an underground political activist headquarters. 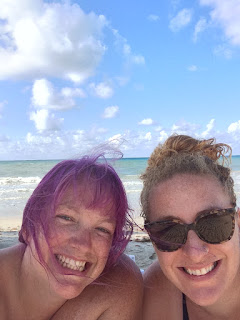 I have been lucky enough to meet up with five friends from home, all of whom brought me things, and two of whom also lugged things home. I have relied on the generosity of friends at home to deal with a jury summons, a traffic ticket, a late shipment, a forgotten PIN, a closet full of storage, my car registration bill, credit card fraud, and lots of prayers. I have been clingy and awkward with some travel friends, and I have been brutally honest with others. I have waited for the other shoe to drop. I have feared going home. I have been sexually harassed, and I have crossed the street to avoid dogs.

I have cooked with knives that were chained down, and without salt and oil. I have balanced armfuls of groceries in a town with a zero-bag ordinance. I have attempted to disinfect food and water with microdyn, by boiling, and with a UV filter. I have taken 4 different types of antibiotics.

I have stayed in idyllic dorm rooms full of awesome people who love to hang out together. I have stayed in well-kept dorm rooms with weird vibes that kept several of us awake. I have slept in overnight buses, on redeye flights, in my own 2-bedroom apartment, in 10-bed dorms, in a converted prison, and in children's private bedrooms.

I have met well-traveled people who are interesting and fun and inspirational, and annoying ones who travel like they have something to prove. I have bumped into new friends on busy urban streets, and have hung out with old friends from previous travels -- thanks, Facebook! 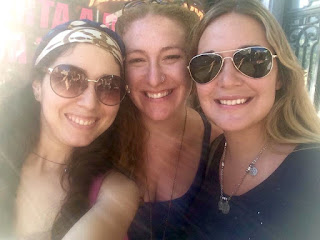 I have scammed free wifi from hotels, hostels, homes, cafes, bars, grocery stores, and yes, finally, McDonald's. I have said goodbye to people I've grown to love with the full knowledge that it might be years before we see each other again -- and the full knowledge that we're welcome in each others' homes if we find ourselves in the neighborhood. I have left places I liked, completely certain that I will never go back. I have grown increasingly grateful for San Francisco's reputation, both for its increasing the likelihood that new friends will come visit, and for it saving me some of the shame inherent in admitting I'm from the U.S.

I have left countless dollars on bus cards. I have replaced flip flops, a towel, a sarong, a credit card, and a headlamp. I have discarded pepper spray and picked up a corkscrew. I have bought too many earrings and kept too many coins. 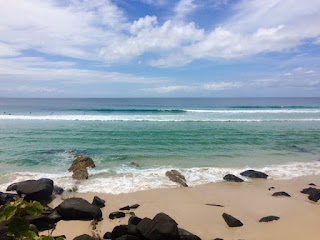 In some ways it feels like it's flown by, and in some ways it feels like it's been a lifetime. In a way, this is literally true, seeing as three of my closest friends just welcomed their first babies. I'm so happy and grateful for this travel opportunity, but it breaks my heart to have missed these infanthoods, a few important weddings, and a minor exodus from San Francisco. The fomo is real.

But now's not the time for that. Now's the time to appreciate what I've got while I still have it -- while it's hanging on by a thread. Halfway?? Dang.

to a friend visiting Medellín

April 05, 2018
I'd been in Medellín about a month the first time a friend asked me for recommendations. After one lonnnnnng draft to her, then a few more weeks and a few more edits when other friends asked the same question, I ended up with what you see here. All shared with tons of love for this vibrant and fascinating city! First things first, general stuff.... Neighborhood . Everyone's going to tell you to stay in Poblado. Don't. It's like the Khaosan Road of Bangkok or the Cancun of Mexico -- it's not awful and it definitely has some stuff worth seeing/eating, but knowing you and how you travel, it's not your Medellín. I recommend Laureles personally: still a little touristy, but on a whole different scale. Plenty to do and eat, but with much more of a neighborhood vibe. If you want more hustle and bustle, El Centro is gritty and has a lot going on. On the opposite end of the spectrum would be Envigado. Food . Obviously I can't speak to the meat dishes , but
2 comments
Read more