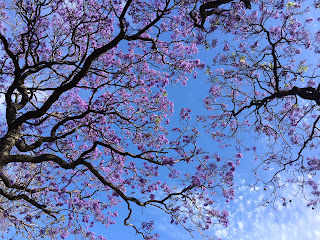 As sad as it was to say goodbye to Bolivia, I really expected to like Buenos Aires. I'd always heard good things, and I'd always wanted to visit. I was ready to be wowed.

I booked a hostel in Buenos Aires for five days, then quickly decided to extend it another week. Then five days more. When I left to explore other parts of Argentina, a big part of me wanted to skip all that and just stay. 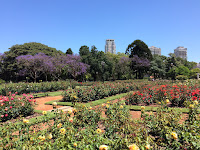 I was so lucky that my hostel was walking distance from two amazing parks. But the more I explored, the more I realized it wasn't just luck -- the city is full of them! People are running, bicycling, practicing yoga, teaching boot camps. People are having picnics and drinking mate with friends. People are feeding birds and literally stopping to smell the roses. Shady benches are actually available and people actually sit and read for a while. And when you're on vacation and really have the time to enjoy all this, it's heaven! 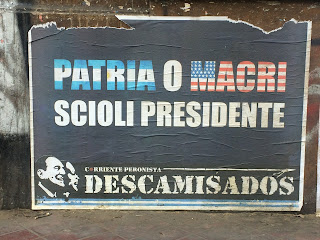 My visit to Buenos Aires happened to coincide with their presidential election. And you know what? People were talking about it. Young people. They saw the relevance to their lives, they did their research, they worked as activists to initiate positive change, they even congregated in the courtyard outside the Casa Rosada when the results were announced. They decimated the stereotype that young people are disengaged and uninterested. It is invigorating to see so many young people so passionately engaged in making their country better.

One particular area of activism that I didn't learn about firsthand, but that totally inspires me, is the anti-street-harassment work done by organizations like Red Mujer and Accion Respeto. Who knows, maybe the next time I'm here catcalling will actually be illegal!


3. The stores overflowing with fresh produce. 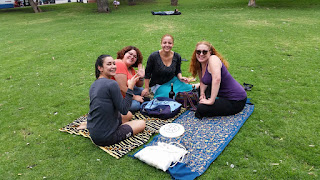 Considering how urban the environment was, I wasn't expecting an abundance of farm-fresh goods. But it seemed that every block had at least one store overflowing with delicious fresh produce. Bonus: you can eat it raw, and rinsing with tapwater is just fine! Grab some bell peppers and oranges on the way to the park? Don't mind if I do! 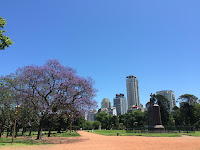 When I first got to Buenos Aires, I couldn't stop thinking about all the ways it reminded me of New York. Store clerks talk to you the same way. Pedestrians cross the street the same way. The apartment buildings look the same. I mentioned this to a New Yorker, and he promptly told me I was wrong. (Figures.) But they certainly do have that urban bluntness, and I love it. 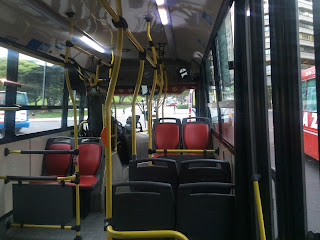 You guys. People get in a single file line for the bus. And then they stay in line. Nobody cuts -- if anything, they move aside to let you on first. But ok, that isn't really the point. The buses themselves actually cover the city really well, so you can easily get anywhere you want to go, often without transfers. Buses show up in a fairly timely manner, and they're relatively uncrowded. Basically, it's everything public transit should be.

Some transit tips: BA Como Llego is a great app for finding your route. Also, the buses don't take cash, so charge up a Sube card before you board! 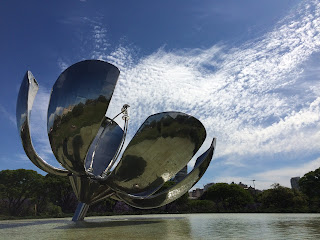 Here comes the giant grain of salt with which to take everything I just said. I am without a doubt a gringa tourist. I only visited for a few weeks, and I certainly didn't see all the ins and outs. Some Argentinians told me that they are combating some ugly realities -- racism, economic inequities, and much more. So I hesitate to say "I love Buenos Aires," because I know that may be received as an endorsement of the things that are going seriously wrong.

But I love it like I love San Francisco. In San Francisco, we have some really serious problems of equity and justice that desperately need to be fixed. But I love my city, and I'm invested in the struggle to improve it. I love Buenos Aires too, and as a tourist who's unfortunately fairly uninvested, I at least offer my most heartfelt wishes that Buenos Aires improves too.