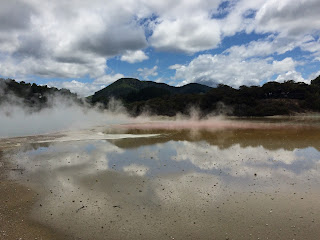 I entered New Zealand with mixed expectations. It had never been that high on my list, but it seemed like a must-see if I was going all the way to Australia anyway. People rave about New Zealand. On the other hand, I was coming from an amazing time in Argentina, and any subsequent destination would have a hard time following that!

After two weeks in New Zealand, my impression is pretty much as mixed as my expectations had been. It had lots of pros, a handful of cons, and a whole lot of weird. Here's a taste... 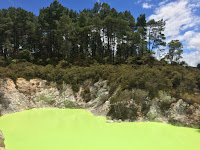 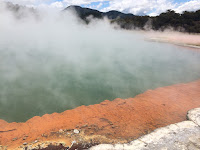 Though the park is not accessible to wheelchairs, the paths and stairs are fairly accessible to a range of ages and fitness levels.

It's really unique and beautiful, but is it worth the high price of admission? I'm still not sure. 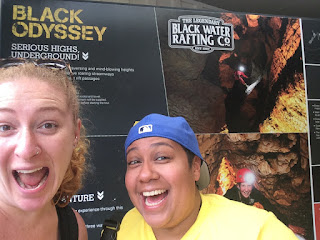 The Waitomo Glowworm Cave was probably the coolest thing I saw in New Zealand. Super overpriced, of course. But super cool. We jumped off waterfalls into underground caves, where we rode our innertubes under the light of thousands of glow-in-the-dark worms. The tour guide sat us down in the cave, gave us Swedish fish (?!), and then explained that the worms glow as a result of chemical reactions in their intestines. She also explained that the "worms" are actually not worms at all, but insect larvae. See? Weird. 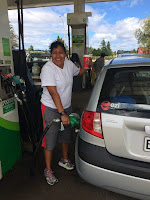 We couldn't find a credit card slot on the gas pump, so we went inside to pay before filling up. Oh no, they said -- you fill up as much as you need, then you come in and pay. Huh? Like we could have just filled up and driven off. I guess people don't do that in New Zealand? I shouldn't have been surprised, given all the other examples of New Zealanders' total trust in their fellow man... The open-door-policy of my WWOOF host (like, not just unlocked, but wide open). The complete absence of lockers in half our hostels. The ubiquity of hitchhiking. The fact that I accidentally left $100 cash in one hostel's common room, and it was still there the next morning (whew!) Weird. 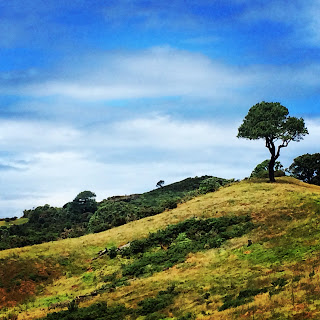 If that made you cringe, we're on the same page. I actually heard it, followed by a racist comment about Asian drivers. I also heard a hard working volunteer jokingly referred to as a "good little n-word boy." Seriously. Unfortunately, weird does not always mean good.

So I guess when I titled this post, I was really just ripping off Portland and Austin, and I don't actually think New Zealand needs to hang onto all of its weirdness. Especially not that last bit. But New Zealand is huge, and two weeks is certainly not enough time to develop a thorough appreciation. I didn't even get to the South Island!

So what do you think? In what ways is New Zealand good-weird? Bad-weird? Not weird at all? Is it worth going back??