to a friend visiting Medellín 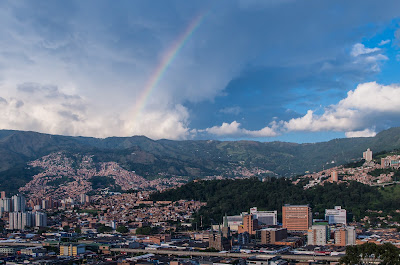 I'd been in Medellín about a month the first time a friend asked me for recommendations. After one lonnnnnng draft to her, then a few more weeks and a few more edits when other friends asked the same question, I ended up with what you see here. All shared with tons of love for this vibrant and fascinating city!

Neighborhood. Everyone's going to tell you to stay in Poblado. Don't. It's like the Khaosan Road of Bangkok or the Cancun of Mexico -- it's not awful and it definitely has some stuff worth seeing/eating, but knowing you and how you travel, it's not your Medellín. I recommend Laureles personally: still a little touristy, but on a whole different scale. Plenty to do and eat, but with much more of a neighborhood vibe. If you want more hustle and bustle, El Centro is gritty and has a lot going on. On the opposite end of the spectrum would be Envigado. 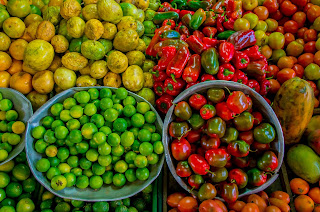 Food. Obviously I can't speak to the meat dishes, but they're really into their fried food. Like fried empanadas are huge. You have to try the arepas (choclo are my favorite but there are variations), and this fried dough-wrapped-cheese that you dip in papaya sauce, but I'm blanking on the name!! But to me the best part is all the fresh fruits and vegetables in the local markets. It's avocado season, so you'll see soooo many amazing cheap avocados on carts on the street and everywhere. And the fresh juices are awesome too, everywhere makes them. You can go to street food stands or those little food places that look like corner stores with maybe a few seats out front, and usually they'll make fresh juices.

Transportation. The metro here is GREAT. And cheap. The only downside is it doesn't go everywhere, and it only runs till 11pm or so. But the cabs are also super cheap (like it was $8 to go alllllllll the way across town, which is about 45 minutes). And they're all metered, so don't bother negotiating a fare in advance like usual (except the ones from the airport, those are flat rate). If you want to use an app, you can use Easy Taxi. Avoid Uber, but if absolutely necessary, sit in the front seat.


Specific recs of things to do.... 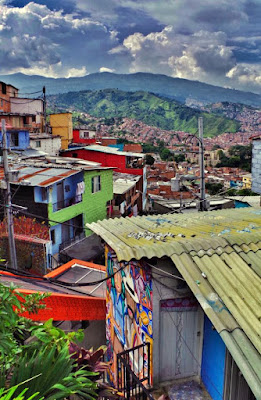 Tours. If you're into those tip-based free walking tours, "Real City Tours" is a great one. Either book in advance, or arrive at the meeting point a little early to try to get on the wait list. That company also does a (not free) exotic fruits tour that I did out of boredom thinking it would be cheesy, but it was actually awesome! She took a group of like 6 or 8 of us around this big market and we tried like 15-20 different fruits. Also got some super fresh arepas and yummy juices! It's not so much a tour as just eating yummy fruit! Comuna (their word for favela) 13 is another popular tour. It had some really hard times in the Escobar days, and is kind of held up now as a model of the city's turnaround. It has these famous escalators, and tons of beautiful graffiti. I did a tour on a friend's recommendation, but in retrospect it would probably be better to do on your own.

Museums. Museo Casa de la Memoria is a must. And it's free. It's basically like their holocaust museum, all about the violence and the resistance of the past century or so. A couple aspects really reminded me of Yad Vashem, and I wouldn't be surprised if that were intentional. Parque Explora is basically their Exploratorium - I loved at and would recommend it, but you know I'm biased... They are partners with a planetarium that I also liked. Supposedly the modern art museum and the Antioquia museum are also great, but I haven't been myself. And obviously this isn't a museum, but the botanical gardens are a fun (free) place to go on a nice day -- tons of locals picnicking with their families (and it's super close to Parque Explora and the planetarium, so if you're in the area, it's worth sticking your head in).

Views. A huge amount of the city is in a deep valley, so going up any of the surrounding hills will get you great views. Supposedly some are more intense hikes and some take you through sketchy routes, so ask around before randomly climbing hills. The metro includes gondolas that take you to some great views (like literally includes -- your ticket from anywhere will be about 80 cents and will include transfers to the gondola lines). The most famous one goes to Parque Arvi which is nice, with hikes and stuff. They're all pretty though! Another popular (touristy but worth it) view is from Pueblito Paisa (Paisa is the term for people from Antioquia, the area where Medellin is). This one is super easy to walk up, and there's lots of food and gift shops and this random historical recreation house at the top. Worth it. I also hiked up another one that's a little more of a pain to get to, and the views were fairly comparable. I can try to find the name if you want, but I wouldn't go out of my way if I were you.

Going out. You obviously have to go salsa dancing when you're here! Son Havana on a Wednesday night after 10:30ish is full of all the like super legit performers letting loose. My friend compared it to that after-hours scene from dirty dancing!! I've also heard good things about Tibiri. This is also supposedly the world capital of reggaeton (I question that claim, but it's popular at least). People are also into champeta, which I'm hoping to get to see on the island!

Working out. The free exercise opportunities here are legit. They have tons of those free outdoor gym equipment adult playground type of areas. And the main stadium also has a bunch of free workout options - something like 7 free swimming pools, for example. (I'm also going to go to my first Nacional game tomorrow so I'll let you know how that is, but I'm expecting it to be super fun. They have two local teams, so you should be able to catch a game if you want to!) 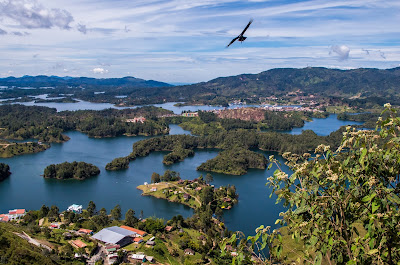 Leaving Medellín. Guatape is definitely the recommendation you'll hear the most - beautiful reservoir system with this giant rock you can walk up to get a great view. Something like 700 stairs are built onto the rock, and it's totally worth it. And the town is cute too! We also loved visiting Santa Elena, mainly because that's where they prep the flowers for the Feria de las Flores. If you can go at that time of year, it's so fun to visit the flower farms where generations of people have learned to create the beautiful silletas (giant contraptions for flowers that they somehow carry on their backs). Santa Fe is also supposedly fun for adventure stuff (paragliding) and might be a cute town architecture-wise, but opinions are split on that. And Rio Claro is a popular camping area nearby that has a cave you can do this adventure tour through. Also, are you taking buses or planes? Salento is like 6 hours from here, but if it's not far from a bus route you're already taking, it sounds like it's worth it. Pretty coffee country with a really popular hike to see giiiiiiiiant palm trees (possibly the tallest in the world? I might be making that up.)


What about you? What do you love about Medellín, and what recommendations do you have that I missed? I'm itching for an excuse to go back!!!